Our relationship with the Land

Something that fascinates me is how humans not only relate to each other but also relate to the Land and, more generally, the other-than or more-than human. In my experience, recognising and exploring these relationships can be insightful and help us towards deeper awareness of ourselves individually and collectively and of the world we inhabit – the impact we have on it and that it has on us.

I have been particularly interested in agroecology – an approach which a acknowledges the interconnectedness and interdependence of all things, including the human, and other-than or more-than human, and the land and ‘land community’ (from Aldo Leopold). As an approach to working with the land for food and resource production it invites a an ongoing awareness of the whole, how humans might impact the land and how the land may affect humans – something which I have occasionally broadly termed ‘psycho-agroecology’.

My therapeutic approach is particularly influenced by ecopsychology and specifically ‘Wild Therapy‘, recognising, acknowledging, exploring and working with the wider relationships which hold each and all of us and upon which we depend. The land in this sense is not merely a backdrop for human activity or the stage upon which humans go about things. Rather, the land in some sense finds its way within us. To me, these relationships can be significant within a therapeutic process and be of particular relevance and foregrounded within eco-psychotherapy in which the land and the other-than or more-than human might be deliberately brought into awareness and be present and available for dialogue and exploration. 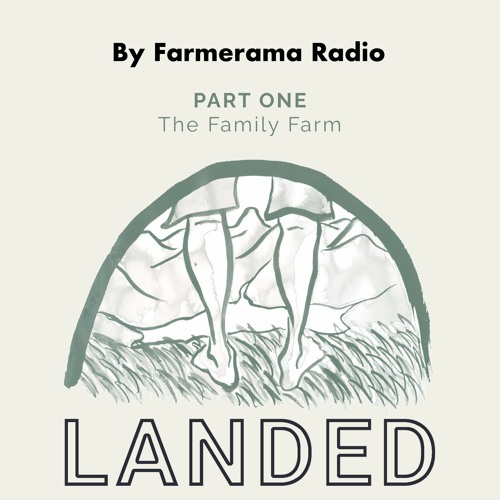 I recently participated in a new podcast series on related and similar themes, called ‘Landed‘, for which I was interviewed. It is brought to you by Farmerama Radio and made by Col Gordon. Episodes are available for listening here or wherever you subscribe to podcasts.